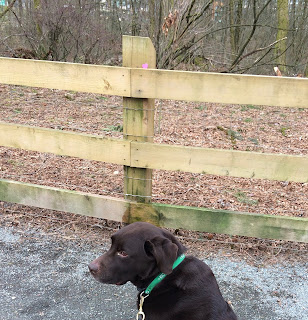 Tomorrow marks the 8th anniversary of Michael's death. Rather than taking flowers to Boal Memorial on the actual date, as I have in the past, this year I decided ahead of time that I would go this morning - a mental health choice that I felt would make tomorrow a little easier and more uplifting.
A few weeks ago, a friend of mine invited me to participate in a community fundraiser - an afternoon Scrabble Tournament taking place on March 7th to raise money for grandmothers in Africa. My husband and I play Scrabble most evenings so I knew it could be an enjoyable event and said "yes", grateful for the distraction, the opportunity to support a good cause, and knowing I would have the support of this friend on a trigger day, another mother who lives with the loss of a child. Later this month will mark seven years since her adult daughter's accidental death.
This morning, my plan was to walk my younger daughter's chocolate lab Barrett (related to Diesel and born four days before the fatal accident involving Mike, Kelly and Diesel), along the river for about an hour, then take him with me to Boal, which would be his first time there.  After getting into my car (which was parked in the carport), I reached over to close my door when I noticed one small feather lying on the ground nearby. Smiling to myself, I reached down and picked it up, then placed it on the seat beside me - thankful for this little sign.
After fetching Barrett, I drove to Bridgeman Park, located beside Lynn Creek. Due to the ongoing construction in the area, I had not been there since last spring but today, it felt like the right place to go. I parked the car, leashed up the dog and let him out. He instantly beelined it to a fence post about 30 metres away, to take a pee. As I stood there waiting for him, I looked up at the post and could hardly believe my eyes -  a small, pink heart resting near the top! Obviously, the perfect spot for our walk together today.
After our river walk, we visited Boal, then after dropping him off, I headed home. Later, I picked up my granddaughter after school and brought her back to my house. She immediately noticed the feather I had now placed on my kitchen counter and told me she had found one that looked exactly the same. Reaching into her backpack, she pulled out a twin feather. When I asked her about it, she told me she had found it while walking along Mosquito Creek during her class field trip this morning, put it into her pocket until she got back to school, then into her knapsack for safekeeping! The signs and loving energy of the day filled my well, placing me in good stead for tomorrow.
www.diaryofanintuitive.com
Posted by Vera at 9:58 PM