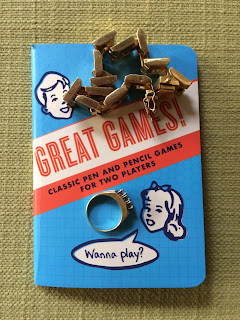 When I awoke yesterday morning, I knew it was going to be a good day. For my belated birthday gift, I would be spending time with my oldest daughter and my granddaughter at a mother/daughter brunch and attending a performance of The Nutcracker ballet. The day began with an unexpected early morning phone call from my aunt in Germany, my mother's only sibling and my last remaining close relative on my mother's side. She still lives on the property where she and my mother were born and where their mother had lived from the time she married until she died. Our infrequent communication consists of a card and perhaps one letter a year, with an occasional phone call every year or two. She was calling with Christmas greetings and to catch up on the goings on of our family.
An hour after I hung up, I left the house, adorned with the ring and gold bracelet I had inherited from my mother (both of which had been her mother's before that). I had consciously chosen these two pieces to emphasize the multi-generational maternal connection for this particular outing. When I arrived at my daughter's home to pick up the two of them, she told me that I'd never believe what she just found and handed me my mother's drivers license! She had noticed it earlier that morning on the floor amongst the shoes in her closet (around the time I was on the phone with my aunt). It had not been there when she had sorted through the shoe area a short time ago, but now there it was - lying in wait and in full sight. She couldn't even recall ever having it in her possession and thought the only connection might have been that after my mother's death, she may have taken it with her after looking through her Oma's personal items. My mother died in 2002 and my daughter has moved at least a half dozen times since then - uncanny.
After settling in at the restaurant, while awaiting our meal, I pulled out a tiny notebook enclosed in cello wrapping from my purse, entitled "Great Games: classic pen and pencil games for two players". I had no idea what the inside of the book looked like but the title and cover was promising. I had purchased it early last summer, thinking it might come in handy with the grandchildren while awaiting a ferry or a meal in a restaurant and had been carrying it around unopened in my purse since then. After tearing off the cello wrap, I flipped through the wordless booklet and found it was filled with three versions of patterned pages: 1) graph paper, 2) evenly spaced dots arranged vertically and horizontally, and 3) miniature hexagons. Upon seeing the dotted sheets, I instantly thought of my mother - she used to play the game of Dots and Boxes on this kind of paper with my young children but I had completely forgotten about it until now. I then showed the page to my daughter, asked her who this reminded her of, and she instantly replied, "Oma".
After enjoying the highly entertaining Nutcracker Ballet, we made our way down to the lobby where I decided to check the time and saw it was 3:15pm. In Germany, which is nine hours ahead, it was already quarter after midnight on December 10th - my Oma's birthday!
A massive amount of maternal energy appearing over the course of a few hours, connecting my maternal grandmother, my mother, myself, my daughter, and my granddaughter.  A truly unforgettable day in this blessed life of mine.
www.diaryofanintuitive.com
Posted by Vera at 2:06 PM

This is so wonderful, Vera! I love the interconnectedness of the generations across space and time. I am proofreading a novel in which Oma and Opa are characters in the very first chapter, which I was working on this weekend!

What a special story. You are keeping the light shining