The incredible support in response to donation requests for the MGMG tourney continues to impress. Most of the businesses and organizations I approach are ones my family and I frequent in our community. I am grateful for their positive responses and thoughtful contributions. Sprinkled on top of these heartwarming experiences, is the occasional spontaneous act of generosity ... the cherry on top.
Speaking with the local baker about the possibility of him donating buns again this year for the BBQ portion of the event, hearing he is keen to do so, and then, after rereading the info sheet, adds that he wants to do more, and offers gift certificates for our raffle.
Stopping in at a shop across town, one I have not been to before, to find out what a custom MGMG flag might cost. While chatting with a staff member about various options, the president of the company walks over and introduces herself to me. Turns out that she has overheard some of our conversation and offers to absorb the entire cost! The MGMG tourney feather flag will be a fabulous addition to this annual event.
So many wonderful connections made when speaking from the heart, and so many generous people recognizing a perfect opportunity to pitch in. Thank you all so much!
Image: Bluebell 33
www.diaryofanintuitive.com
Posted by Vera at 5:16 PM No comments: 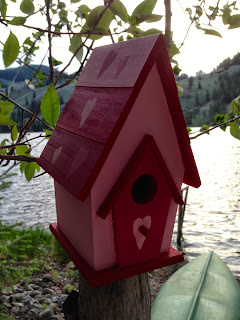 While up at the cabin this weekend, the urge struck to paint a birdhouse. It had been years since I last decorated one, but I had the desire to play with colour, so I sorted through the box of various shaped houses, finally settling on a fairly traditional one. While my husband barbecued dinner, I considered some possible design ideas. I knew that I wanted to keep the project simple, and eventually I came up with two options - it would be either a heart or a rainbow theme. I would mull it over and begin painting after dinner.

We prepared our burgers in the kitchen, then carried them down to the beach on plastic plates. As I took my first bite, I looked down at the plate and realized that it was the one Michael had created at preschool, when he was five. Glancing over the happy scene he had drawn, my eye landed on the colourful rainbow at the top. I was about to tell my husband about the connection to my project when I looked over at the plate he was using and noticed five pink hearts. One of our daughters had designed this plate while attending that same preschool. I began with, "You're not going to believe this ...," but of course, he did. While explaining what had happened, I was shaking my head from side to side, grinning from ear to ear. It really does happen this often, this perfectly. Child's play as far as the universe is concerned. In the end, I went with the heart theme and the Love Shack is now ready for occupancy.
www.diaryofanintuitive.com
Posted by Vera at 8:33 PM No comments: 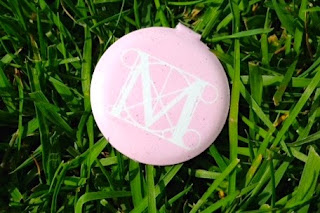 To anyone who may find the following story hard to believe, I understand. The experience happened to me, and I can scarcely believe it myself.
Late this morning, in the glorious sunshine, I wandered into the backyard and settled into the lounge chair. Feeling fatigued, due to a persistent cough and cold, I had listened to my body and decided to spend some time relaxing rather than attempting yard work. Observing the clouds, listening to the birds, and getting lost in the beauty of the garden, my mind wandered. I was looking forward to seeing my daughters and grandchildren later today to celebrate Mother's Day together, but that did not take away from desperately missing my son Michael. And so, of course, I asked. Would he please let me know that he was near, to show me that he could see how much my heart ached for his presence. Then, I just sat in that space, where spirit meets spirit.
A short time later, my husband arrived home and came over to sit with me. After both acknowledging the added challenges of this day, we got up and began walking towards the house together when I spotted something shiny lying on the grass. As I got closer, I saw that it was a round, silver object, and bending down to pick it up, I thought perhaps it might be a foil seal from a small bottle. However, when I turned it over, I froze. In my hand lay a clip-on metal badge, the size of a quarter, with the initial M on a soft pink background! Reaching my hand out to show my husband what I had found, I tried to explain what I had asked for just minutes before he got home, but I could not. Seeing this had literally taken my breath away. Tears of gratitude rolled down my cheeks, instead. I had never seen anything like this before. When I was finally able to speak, I filled him in. I told him that feathers, pennies and hummingbirds had all crossed my mind as possible signs, but I could never have imagined anything like this. And the fact that we had both walked over this exact spot many times yesterday, was not lost on us. It is only steps away from the house and we are certain that we would have noticed it - one hundred percent.
As I turned to go into the house, my husband got out the push mower to cut the grass. Watching him, I realized that had I not found this gift when I did, he would likely have mowed right over it, then picked up this piece of "rubbish" and tossed it. I also recognized the perfection of him being here when I found it, allowing us to share this special experience.
Looking over at this gift now lying on the table beside me, I can scarcely believe my eyes.  But clearly, the magic that happens when one connects with the invisible knows no limits. Believe it!
www.diaryofanintuitive.com


Update: May 11/15 1:30pm
This morning I read the comment Gena posted on my personal FB page and it got me thinking. A MET badge? I had been to that museum seven years ago when she and I, along with my daughters, spent a week in New York, but I have no recollection of seeing this badge there. Not that this is surprising ... I often forget details like this, which is why I write things down, whereas Gena forgets nothing. After some online sleuthing I found out that indeed, up until 2013, rather than using paper entrance tickets, these badges were given out instead. And then it hit me. Early Saturday evening, I had taken a box filled with travel gear and guide books out into the backyard to sort through. I can only assume that the badge had somehow ended up in that box all those years ago. I did not see it when I was going through the items Saturday evening but it does explain how it likely ended up on the lawn. Now, where does that leave me with regards to this post? I know that signs from the invisible help support me on my journey. So many signs over the years have lifted my spirits, including hearts, hummingbirds, feathers, pennies, initials, and more. This sign was no less powerful ... finding this item with the initial M on a pink background on Mother’s Day was incredibly wonderful. None of that has changed. What has changed is that my logical side is able to relax now that I understand how it probably got there. And what about the magic?  Well, I also still believe that magic happens ... the magic of that badge dropping out of that box in that spot only to be discovered by me on Mother’s Day ... magic to the nth degree.
Posted by Vera at 8:45 PM No comments: 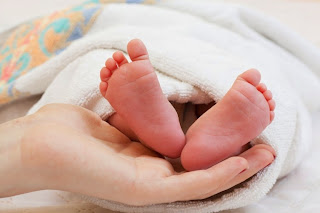 This coming Sunday, mothers across the country will be honoured with brunches, gifts, phone calls and cards. Some will be lovingly remembered with flowers placed at their grave. Today, however, my thoughts turn to all the invisible mothers in my midst. The mother whose first and only child was born with serious health issues, to which he succumbed four months later. The woman whose mothering experience consisted of giving birth to a baby, then placing her for adoption, without any further contact. The mother of one who raised her child to his late teens, only to have him die before her.
For these, and the many other invisible mothers, there will be no celebration. Instead, the day will hold sadness, what-ifs, and likely, pain. This Mother's Day, let us send them our love, and hope that their friends and family take the time to acknowledge them, as well. It will not change their circumstances but it may help heal these mother's hearts .
Image: Shutterstock
www.diaryofanintuitive.com