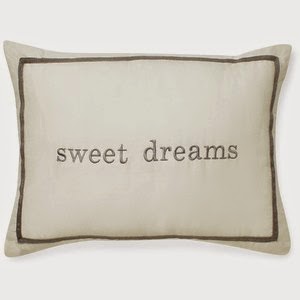 Dreams are precious gifts. The messages contained therein can prompt me to take action, provide more information about a situation regarding myself or others, and offer comfort and support.  Occasionally, I am asked if I still have dreams about Michael, and although I would love to have more than the two or three per year that I do, I am grateful for the ones I do have. A few nights ago, it was a short and sweet one, but the dream before that was quite long and involved. In both cases, they were very realistic and easy to understand.
The lengthier dream of a few months ago involved my husband and I returning to our car after an invigorating walk around Stanley Park. After both getting in, he slowly drove in the car reverse, against the one way traffic pattern of the road. We encountered many vehicles but no one honked - they all accommodated us by moving out of the way. In the next scene, it is just my three-year-old son and me near an outdoor shower at the playground. He is only wearing shorts, ones that an acquaintance had actually made, and on his sweet face is the sweaty glow from running around. I soon realize that in all his excitement he has accidentally pooped his pants, and that he is feeling both embarrassed and upset. I calmly try to figure out the best way to handle the situation but the overwhelming thought is that I am thoroughly unprepared, and how disappointed I am with myself about that. (When my children were young, I was never without extra clothes, bags, snacks, you name it - however, in the dream I had absolutely nothing with me). After some consideration, I decided to take off his pants and have him stand under the shower. What a mess. There was poop everywhere - on him, on me. I looked around and finally found a stray plastic bag for his soiled shorts and was now literally carrying a bag of shit. As I stood there, I could feel how upset he was. He felt responsible for causing this mess. As a mom, I knew that shit happened, accidents happened. I just wanted to pick up my naked son and carry him back to the car but before I could do that, the dream was over and I awoke with the clear understanding of his sympathy. Through this dream, Michael was expressing compassion for having left me holding this bag of shit, even though we both know it was unavoidable.
The shorter dream I had on Friday night was set in a dimly lit restaurant where our family was gathered for brunch to commemorate the fourth anniversary of Michael's death. I was seated alone at one end of the table, lost in my thoughts. Suddenly, I looked up and there was Michael, aged twenty-five, walking towards me, handsome as ever in his grey suit, green shirt and tie. He sat down to my right, handed me a Caesar cocktail, and simply said, "Here Mom."  (The only time I might order this drink for myself is if one of my kids orders one, but even then, rarely). And then, he was gone. I instantly understood that this was his way of showing support and I sure was glad to feel his presence.

Sweet dreams .... until next time.
www.diaryofanintuitive.com
Posted by Vera at 5:36 PM

Totally agree. Dreams always mean something, it's just a matter of us having the discernment to figure it out, and to choose on acting or not acting on it. Your Blog is wonderfully written and enlightening. Big hugs...

Thank you for sharing your thoughts and for your kind words RO.